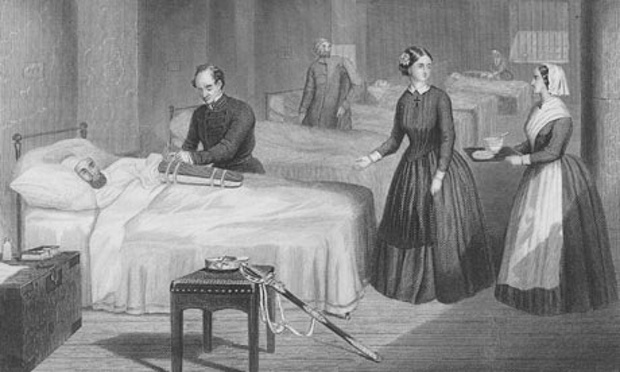 9 May 2015, TORONTO – Nurses from around the world will share their care experience stories in an eight-part web series aiming to combat the issue of nurse fatigue and compassion burnout on International Nurses Day on Tuesday, May 12, 2015.

Aysha Mendes, Toronto journalist, nursing columnist and former Deputy Editor of the British Journal of Nursing, has commissioned the series to raise awareness about compassion, caring or nurse fatigue, also referred to as caregiver burnout, which can prevent nurses from providing the best quality of care to their patients.

“In addition to International Nurses Day, it’s also Canadian National Nursing Week, and the theme this year is With you every step of the way,” Ms. Mendes says. “It’s the perfect occasion to highlight this critical issue that affects so many nurses, so that we can show our support for the caregivers who support all of us in our times of need.”

Eight long-time nurses from Canada, the United Kingdom and as far afield as Hong Kong, will tell their stories in the series, which will be hosted at ayshamendes.com and will also feature a Q&A with Caryl Eyre, a Clinical Nurse Specialist (CNS) from the US with a psychiatric mental-health background and more than 40 years of experience, on compassion fatigue and what can be done to address it based on the steps she has taken within her own hospital.

Nurse fatigue can manifest as physical or mental exhaustion, and is influenced by physiological, psychological, behavioral and environmental factors, from sleep deprivation and work schedules to stress. The condition interferes with an individual’s ability to function physically and cognitively. The Canadian Nurses Association (CNA) states that over 55% of nurses always or almost always feel fatigued during work, and as many as 80% feel fatigued after work. According to the CNA, nurse fatigue is also strongly linked to the likelihood of errors and risks to the safety of nurses and patients. The issue is a global one: a 2014 article by Ms. Mendes in the British Journal of Nursing shares results of a survey of 3,000 nurses across England, 40% of whom stated they suffer from “emotional exhaustion” or “burnout”.

“I’m honoured that these amazing nurses have chosen to share some of the most heartwarming or difficult nursing care experiences of their careers, some of which have spanned 30 years or more,” Ms. Mendes says. “I’m excited to bring these stories to light so that members of the public can better understand what nurses go through.”

The series will also include stories from nurses who have experience as unpaid family care-givers, who are often an over-used and under-recognized group, carrying much of the burden of the cash-strapped and resource-poor healthcare system. Some healthcare organizations have systems in place to offer nurses a healthy outlet to share and reflect on their caring experiences, topping up their emotional reserves to continue providing compassionate patient-centered care to those who rely on them. But at other institutions, or for individuals caring for family members on their own, there is little to no support provided and a lack of recognition of this crucial issue.

“There is no better time for healthcare institutions to start putting their nurses first and invest some energy into programs and initiatives, some of which can cost little to nothing to implement, so that nurses really do feel like their practice is ‘with them every step of the way’,” says Tahira Alarakhia, a Calgary nurse who contributed a story to the series of her experience working in a children’s hospice.

In 2011, the Registered Nurses’ Association of Ontario (RNAO) released a report offering best practice and guidelines on preventing and mitigating nurse fatigue. The recommendations included government funding for educating nurses about fatigue and for facilities designated for rest; further research into the causes of fatigue and reducing impact on patient safety; and educating workplace leaders on providing a culture that minimizes the factors that lead to fatigue and support services for those who experience it.

International Nurses Day is celebrated around the world every May 12, the anniversary of Florence Nightingale’s birth. Nightingale was a British nurse during the Crimean War in the 1850s, who improved conditions in military hospitals and, along with her fellow nurses, dramatically reduced mortality rates among wounded soldiers. She later founded schools for nurses and midwives, published books on healthcare reform, and advocated extensively for improvements in hygiene, hospital administration, and healthcare for the poor.

About Aysha Mendes
Aysha Mendes is a British-born Canadian journalist based in Toronto, Canada, specializing in health, psychology and nursing. She spent several years in London, UK as the Deputy Editor of the British Journal of Nursing, and has managed several other healthcare titles. Her first job was caring for seniors in a care home owned by her parents, both of whom were nurses. She now freelances full-time as a writer, editor, columnist and editorial coach. Along with her love of telling stories, she seeks to demystify the complex, highlight the fascinating in the ordinary and, above all, reveal truth.